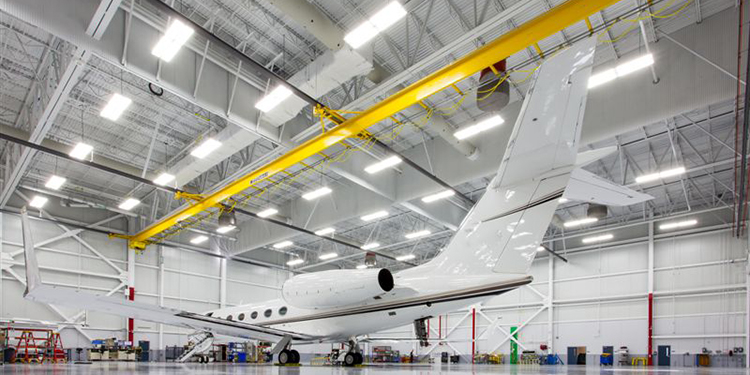 When an operation decides that moving items overhead via a monorail or underhung crane is the optimal solution for load handling, owners must then consider which type of track will be the best investment. Two choices are patented track and structural steel. Both materials are rigid and formed in the shape of a capital letter I (an I-beam), with the lower flange providing the surface upon which load-bearing trolleys travel. While these characteristics might make both track types appear similar to the casual observer, there are actually significant differences between the two — in terms of durability and system design flexibility — that can contribute to patented track helping to lower the total cost of system ownership in many applications over the life of the system.

Historically, patented track is engineered and manufactured specifically for crane and monorail applications, unlike structural steel I-beams that are produced in massive volumes for use primarily in building construction. Because patented track features a hardened bottom flange, it is more durable, wearing at a considerably slower rate than structural steel — on both straight runs and curves (which are particularly prone to extreme lower flange load stress and wear) — meaning a much longer installed system lifespan and far less frequent rail replacements. Likewise, patented track trolley wheels are hardened, further extending their useful life. (As with every overhead handling system, lifespan is impacted by the specific application, including weight of the loads being transported, the frequency of load movement, and the environmental conditions present, such as dust, debris, humidity, temperature, and other factors.)

Secondly, when designing the monorail system, operations with multiple, parallel manufacturing bays may wish to transfer suspended loads laterally, from one bay to another, without lowering the load. With structural steel systems, it is typical to transfer a suspended load across bays or cranes by setting it down, disconnecting it from its hoist and rigging, and moving it by cart or another overhead crane system into the adjacent bay. Conversely, patented track interlocks and switches can be integrated into the layout of patented track crane or monorail systems, allowing a load to be transferred from one bay to the next while still suspended from the same hoist. Not only does this enhance worker safety, it also increases efficiency, thereby reducing labor and operating costs. Use of patented track interlocks and switches that allow a single hoist to traverse the length of a crane runway and across multiple crane bays maximizes the operational area of the hoist, often reducing the cost to purchase and maintain additional hoists in the system.

When considering a monorail or crane system’s total cost of ownership, the unique durability, design and structural components of patented track can provide significant safety and cost savings over the life of a system. Ultimately the choice of patented track or structural steel depends on the layout and application of the system.

Looking for more information about using monorails for overhead load handling in your operations? Consult the members of the Monorail Manufacturers Association (MMA), the industry’s leading suppliers of monorail, patented track and workstation crane systems. The group offers a variety of resources—including a product certification program, recommended practices for workstation cranes and patented track systems, and more—via its website at www.MHI.org/MMA.