Side-Pulling A Hoist Is Dangerous; Here’s Why 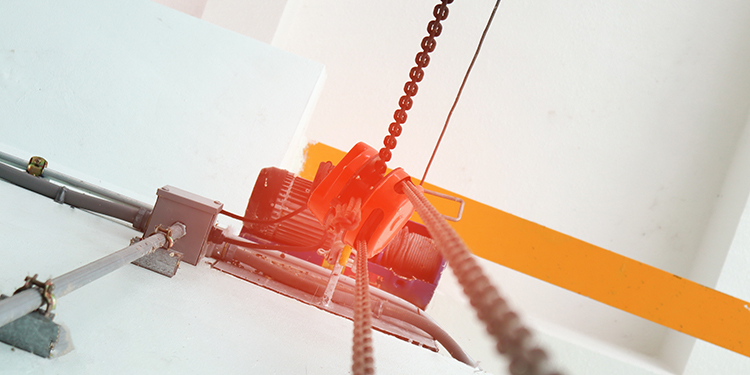 Every technical paper produced by the members of the Hoist Manufacturers Institute (HMI) cautions hoist owners and operators against performing a side pull. The movement is defined by the group as “any force or operating condition that restricts the load block, chain, wire rope, or web strap, and hoist body from forming a straight line with the direction of loading.”

Further, HMI’s Hoist Operator’s Manual (HMI100.23), which details the responsibilities and duties of operators of manual, electric, and air powered hoists — as well as the Operator’s Manual specific to Lever Hoists (HMI100.75) — states the following:

Why would side-pulling be considered dangerous? There are several reasons:

Finally, if the risks of injury, death, and damage aren’t enough to dissuade an operation from permitting side pulls, they are strictly forbidden by the Occupational Health and Safety Administration in the OSHA 1910.179 Standard for Overhead and Gantry Cranes. The standard states:

[1910.179(n)(3)(iv)] Cranes shall not be used for side pulls except when specifically authorized by a responsible person who has determined that the stability of the crane is not thereby endangered and that various parts of the crane will not be overstressed.

Operations that disregard these regulations open themselves up to the possibility of committing a willful OSHA violation and corresponding fines should an employee get hurt.

Notably, there are multiple, safe options for positioning a load under a hoist that don’t involve a side pull. Winches or below-the-hook devices can be utilized, depending on the application and the type of load. Best practice is to engage with an overhead lifting solutions provider to discuss the options.

Finally, it’s important to train operators not to attempt a side pull. In addition to initial safety training, regularly repeating the training to remind operators how to properly operate the equipment is recommended. To help with this process, HMI also offers three additional documents detailing the “shalls and shall nots” of hoist operation. Published in English, French, and Spanish, these Recommended Practices provide clear warnings and cautions for operators based on the severity of the potential hazards. These documents cover:

Many of the included warnings and operating practices are sourced from the American National Standard ASME B30.21 and are intended to avoid unsafe hoisting practices — such as side-pulling — which might lead to personal injury or property damage.

Seeking additional information on the safe operation of hoist systems? The members of the Hoist Manufacturers Institute (HMI) offer a variety of resources — including a comprehensive library of product guides; a hoist certification program; OSHA Alliance safety tip sheets, fact sheets and quick cards — via its website at www.MHI.org/hmi.

5 Signs That A Workstation Crane Needs ...

How To Determine When A Hoist’s Wire ...