5 Signs That A Workstation Crane Needs To Be Replaced 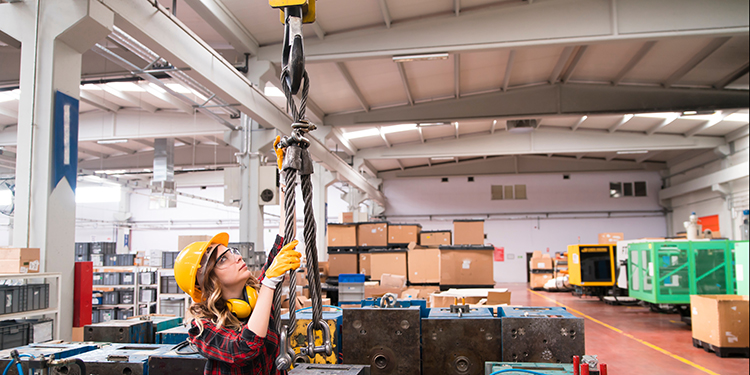 Typically designed to loads ranging from 150 to 4,000 pounds, workstation cranes are dedicated to a specific area or location and are equipped with a load handling device, such as a hoist, that suspends the load. Offered in jib, bridge, and gantry styles, are frequently used in manufacturing and assembly operations that require operators to lift, handle, and move heavy items as part of a work process. With a workstation crane supporting the load, a single operator can lift, lower, position, turn, or move the workpiece more ergonomically and efficiently with significantly less effort.

As with all overhead lifting equipment, workstation cranes should be routinely inspected at a variety of intervals. These include prior to use at the start of a shift, frequently (monthly for normal use; weekly for heavy use; and daily for severe use), or periodically (yearly for normal service; semi-annually for heavy service; or quarterly for severe service application). Sometimes an inspection will uncover damage that can be repaired. In this case, the workstation crane should be removed from service and not used until the repair is completed. However — if repair is not sufficient — the workstation crane will need to be upgraded or replaced with a new one. To help workstation crane owners make that determination, here are five common signs to look for:

Looking for more information on the safe use and maintenance of workstation cranes? Connect with the members of the Monorail Manufacturers Association (MMA), who are the industry’s leading suppliers of monorails and workstation cranes. Available to answer any questions, the group also offers a variety of resources — including a product certification program, recommended practices for workstation cranes and patented track systems, and more — via its website at www.MHI.org/MMA.

MMA-Certified: The Advantages For Owners And Operators ...

Side-Pulling A Hoist Is Dangerous; Here’s Why