Why Capacity Markings Are Crucial To Overhead Handling Safety 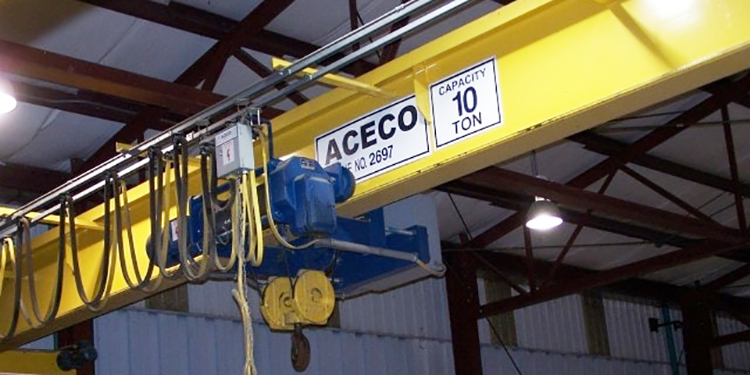 All components of an overhead handling system — including cranes, hoists, and monorails — are designed and constructed by their original equipment manufacturer (OEM) to support a maximum rated load. Typically measured in tons, the load capacity of each specific piece of equipment should never be exceeded. Their load capacities are also a key factor in determining the duty cycle of a given overhead handling component.

As a safety measure, it is important to ensure that each component is labeled with signage, known as capacity markings, that notifies the operator of the maximum load for which the equipment is designed and built by the manufacturer. By providing a visible reminder of the maximum capacity of a piece of overhead lifting equipment, the likelihood of an operator attempting to lift something heavier is reduced. This enhances both the safety of the operation and of the personnel working in proximity to the crane, hoist, or monorail system.

There are a number of requirements surrounding the proper use and application of capacity markings:

Best practices for the application of capacity markings include using simple, clear language with bold lettering large enough to be visible from a distance. On hoists specifically, placement of rated load capacity markings on both the hoist and its load block (although if only one of the two is labeled, it should be the load block). Large, highly visible markings are particularly important for overhead cranes, which should be labeled on both sides to ensure they can be seen from both directions. Likewise, monorails should have their rated load plainly marked on each side of the system.

Prior to using a crane, hoist, or monorail system, the operator should inspect and verify the presence and legibility of capacity markings on each component as one of several pre-operational checklist items. If an issue is noted, the unit (or units) should be promptly removed from service.