Crane Equipment 101: Covering The Fundamentals Of This Overhead Handling Technology 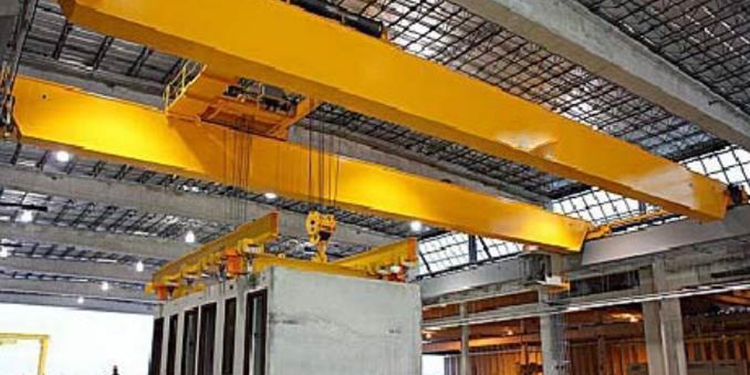 Engineered to move large, heavy, and bulky loads, overhead crane equipment lifts, lowers and moves its payload horizontally through the overhead space in a facility. Also sometimes called a crane, an industrial crane, or an overhead traveling crane, this technology is built with high lifting capacities for multi-directional load movement. With a crane’s installation, an operation can avoid the need to transport or maneuver loads on the floor, through aisles, and around other obstacles. Cranes boost handling efficiency and throughput while optimizing facility space, minimizing product damage, and increasing employee safety.

There are a variety of applications for cranes both within the four walls of a facility and outdoors. Used to support manufacturing processes (such as staging and assembly for work-in-process), warehousing storage, and loading and unloading activities, cranes are also found in yards, at shipping ports, and at railroad depots.

Crane travel (either electric or pneumatic powered) is controlled by an operator, who directs its function manually or with a wired pendant station or wireless controls. Each crane installation is built to cover a rectangular area, transporting a load side to side, backwards, and forwards. A hoist to lift and lower the load is mounted to a trolley that moves side to side across a bridge beam. For front to back travel, the bridge beam — riding on end trucks at each end of the beam — glides over one (or more) horizontal girders.

Although the equipment is typically built from standard components, no two crane applications are the same. Therefore, a variety of different types of cranes (and attachments) are available to suit unique operational needs. These include:

Looking for more information on overhead crane systems? The members of the Crane Manufacturers Association of America (CMAA) represent the industry’s leading suppliers of overhead crane systems and are available to answer any questions. Additionally, the group offers a variety of resources—including buyers’ guides, engineering specifications, OSHA Alliance safety tip and fact sheets, inspection and maintenance checklists, safety seminars and more—via its website at www.MHI.org/CMAA.