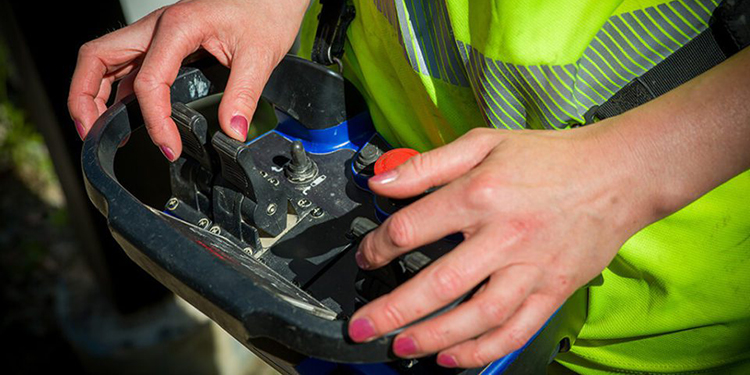 A Guest Post from the Members of the Electrification and Controls Manufacturers Association (ECMA).

In the most recent MHI Annual Industry Report, survey respondents were queried about their use of data throughout their supply chains across every level, including within their overhead material handling systems. Among the findings, two digital technologies — Predictive Analytics and the Industrial Internet of Things (IIoT) — are anticipated to grow in adoption from current usage rates of 31% and 27% to 79% and 73% deployment over the next 3-5 years, respectively. Part of that growth can be attributed to operations’ desire to enhance both safety and productivity within their overhead lifting processes by better leveraging data generated by their crane and hoist systems. Simultaneously, crane original equipment manufacturers (OEMs) are increasingly offering digital solutions that enable both goals.

Gone are the days when cranes were only able to receive one-way communication via wired or wireless remote controls directing their operation. Today, a huge variety of sensors and devices can be incorporated into these overhead lifting solutions to collect and communicate safety-related data back to the controller — and even to the facility’s overarching host system for dashboard reporting. These devices capture and transmit two primary categories of safety data from overhead crane and hoist systems: safety and operational process data, and maintenance and functional performance data.

Safety and operational process data is captured by light detection and ranging (LIDAR) sensors, time-of-flight lasers, vision systems, encoders, positioning sensors, angle sensors, load cells, and overload sensors. Situations detected by these devices trigger a subsequent action — typically a pre-event warning — depending on how the system has been designed and engineered.

In all of these systems, data collected by the device is then communicated via a receiver to the controller. The controller then issues an alert or warning to the operator so the motion can be stopped before a safety incident occurs. Some cranes and hoists are equipped with controllers sporting touch screens or text messaging displays that present a visual warning or verbiage about an unsafe situation; others can trigger an audible alarm or visible flashing LED lights (usually red) on either the controller or the crane (or both) to indicate an error, fault, or problem. Some systems are combined with safety interlocks that completely shut down the crane and hoist’s function to prevent an impact if the alert is ignored or disregarded.

Maintenance and functional performance data are gathered post-event by sensors that measure temperature, vibration cycles, load weights, current draw, impacts, and more. Monitored and collected information can include load histograms, including the magnitude of the load, duration of travel, limit and contactor switch functions, operation, and total operating hours for the individual motions. This data is available for real-time transmission or batch download for analysis by the operation and the equipment’s OEM. It can then be used to schedule more accurate timing of required maintenance activities to ensure the safe operation of the crane and hoist. It can also be used to help determine when the useful life of the system or its components — such as wire ropes or load chains — has been reached.

When looking to add devices that generate and transmit overhead crane and hoist data that improves an operation’s safety, it is important to pay attention to the stability and reliability of the communications network that will be used. Although many can communicate performance data via common, hardwired serial protocols, including CAN bus, Ethernet, or RS-485, more OEMs are deploying devices that utilize a facility’s WiFi, as the crane and hoist equipment is not stationary.

However, in today’s increasingly digital world there are often many other devices within an operation competing for the same bandwidth. As a result, data packets related to safety information can be dropped or lost, generating nuisance faults that prompt the operator to shut down the system unnecessarily. If too many false errors occur, operators are likely to ignore them or request that they be disabled — defeating the purpose of deploying these devices to create a safer environment. New solutions, such as slotted waveguide technology and PowerLine-Fidelity (PLi-Fi) data over power technology, isolate that data channel to ensure that the safety information is reliably and accurately communicated.

Among the earliest adopters of devices that collect and convey crane and hoist data as a means to enhance operational and employee safety have been companies in the steel, aluminum, and other metal processing industry. This is due to the high volume and frequency of use in their operations.

However, with more organizations investing in overhead material handling equipment, there has been increased interest in applying these digital technologies to new and existing cranes and hoists in smaller, lighter use manufacturing, production, and warehousing applications. In addition to safeguarding personnel and facility structures from accidents, these safety enhancements add an extra layer of protection when an overhead handling system is being controlled by newer or less experienced operators — an increasingly common scenario as companies continue to compete for a limited pool of skilled personnel.

Want to learn more about how to enhance a new or existing crane’s safety by leveraging the data generated by the system? The members of the Electrification and Controls Manufacturers Association (ECMA) are the industry’s leading suppliers of electrification and controlling devices. They supply solutions worldwide and in virtually every major manufacturing and distribution sector. ECMA members manufacture and distribute equipment that controls, services, and enhances productivity and safety in industrial handling, including remote controls, anti-collision devices, weighing solutions, brakes, resistors, cabling, drives, motors, festooning, and more. For more information, visit www.mhi.org/ecma.